Every registered player will receive:
– One (1) FREE drink coupon good for a beer, glass of wine or 1 bottled water
– One (1) ticket to the Del Mar Race Track for Sunday August 19

Our Event Partners and Sponsors 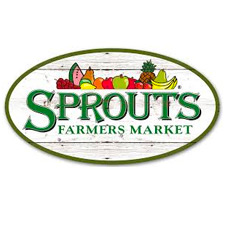 LAWS OF THE GAME
All matches will be played in accordance with current FIFA “Laws of the Game” except where noted below.

THE PLAYERS
Each team will field 7 players at any one time (COED = 4 males, 3 females).

The minimum number of players allowable would be 4 people.

For COED, there is no maximum limit to the number of females which must be on the field.

For COED, there is a maximum limit to the number of males which can be on the field, which is 4 males maximum on the field.

SUBSTITUTIONS
Substitutions may be done on an unlimited basis, FROM THE MIDDLE OF THE FIELD!

GOAL BOX AND GOAL KICKS
There will be no goal box designated. All goal kicks should be taken within the penalty area and within 6 yards from the goal line. Goal kicks can pass the halfway line on in the air.

FOULS AND MISCONDUCT
Slide tackling is not permitted only if no players around to save a ball. We want to reduce the potential for injuries to players. We want to discourage players from slide tackling and enforce the following penalties.

Any non-violent slide tackle to a player will result in the player receiving a caution and a restart with a direct free kick awarded to the affected team.

Any player who should create a violent slide tackle to an opposing player that would be considered either as serious foul play and/or violent conduct, in the opinion of the referee, then the player committing this type of

Slide tackle will receive an ejection, with a suspension of minimum of 2 games. Additionally, the team manager will receive a warning for this incident as well, for not reminding and enforcing this with his/her player. The restart will be an indirect free kick.

Verbal abuse, such as taunting of players, referees, and/or spectators by players, substitutes, coaches or spectators are cause for immediate expulsion and suspension. A minimum 2 game suspension per person will be issued. The written report of the referee will determine if an extension to the minimum suspension will be added.

Verbal abuse or abusive language or dissent or threatening actions used by a player to a referee or official, before or after they have been ejected from a game, will carry additional suspensions, up to and including expulsion from the league. Such penalties will be determined by the league director(s), basing decisions on the referee report and any other comments from league officials who witnessed the incident.

OFF SIDE:
No offside

If a player receives 2 cautions in one game and thus 2 each 2 minute penalties, he will sit out the rest of the game and his team will play short by one player for the rest of the game. An ejection, resulting from 2 cautions, carries a minimum suspension of one additional game and a fine and suspension could be more, depending on the review by the directors of the referee report.  _

An ejected player must exit the facility immediately.

An ejected player must serve an automatic and minimum 1 game suspension and must contact the League Directors for a written approval prior to further participation in any league and pay his fine.

An ejected player must exit the facility prior to commencing the game and may not return prior to the League Directors approval.

TIE BREAKING METHODOLOGY
The following tie breaking procedures will be used to determine a league winner, in the event teams are tied with the same amount of points at the end of a season.

Head to Head competition in common games during the season with the tied team, greater points total wins.

Goals For Minus Goals Against in the league play, the team with the greater differential wins.

TEAM FORFEITS
If a team forfeits because it does not have enough players to play at game time, minimum 4 players, grace period of 5 minutes, they can lose the game by a score of 3-0, should the referee or league director indicate this clause has been activated.